Wait what?  It’s the middle of April already?  The first quarter of 2015 is IN THE BOOKS?  Where has the time gone?  I’ve been too silent on here for too long, but not due to inactivity.  I suspected 2015 would start off with a bang, a bang that would hopefully set me up to coast through the next 12 months doing good things.  Being a firm believer in speaking things into existence, I also need to be careful of what I wish for.  I don’t like overpromising and under delivering.   In the midst of every  thing going on

my attempts to blog have suffered [/angstfaceemoji].

But enough about that…let’s recap!

January:   I started 2015 off with my vision board complete.  I’m a believer in them.  I take the task of creating one serious.  After it’s complete I sit it in my room in a spot where I have to look at it each day.  Not necessarily a deliberate, stand-in-front-of-and-study look, but just enough so that what I’ve decided to place on the board is in my spirit EVERY SINGLE DAY.  After I completed this board and took a moment to reflect on it, I noticed an unintentional theme… BE STRONG! 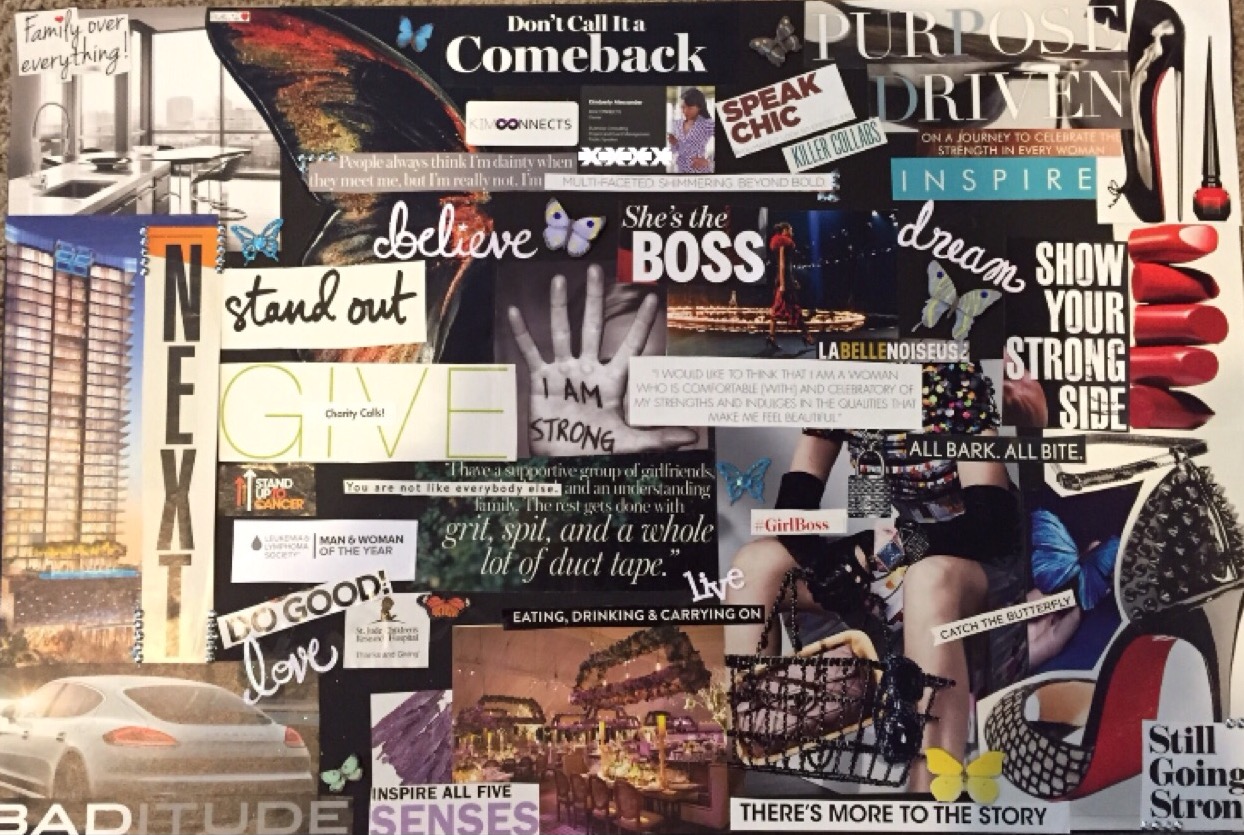 Being featured in the style section of the January 2015  issue of D Magazine was a huge treat!  I’ve always loved fashion, shopping, and the retail business.  I was the little girl that played with Fashion Plates (remember those, yeah, I’m dating myself).  Watched Style With Else Klensch on Saturday mornings just as much as I watched cartoons.  And of course one of my first jobs was working in a clothing store (Remember Merry-Go-Round?).  I made NO money, but I had first dibs on new clothes so that was a trade off worth having.  Becoming a wife and mom made those interests of mine shift a bit.  No biggie, that’s life, as women, that’s what we do.  Add layers, shed layers, putting everyone else first is almost the only constant.  But when I lost my husband in 2010, I had to refind myself.  I wanted to be the woman that could say that becoming a widow didn’t change me, but as time passed, I realized that it had.  I had to 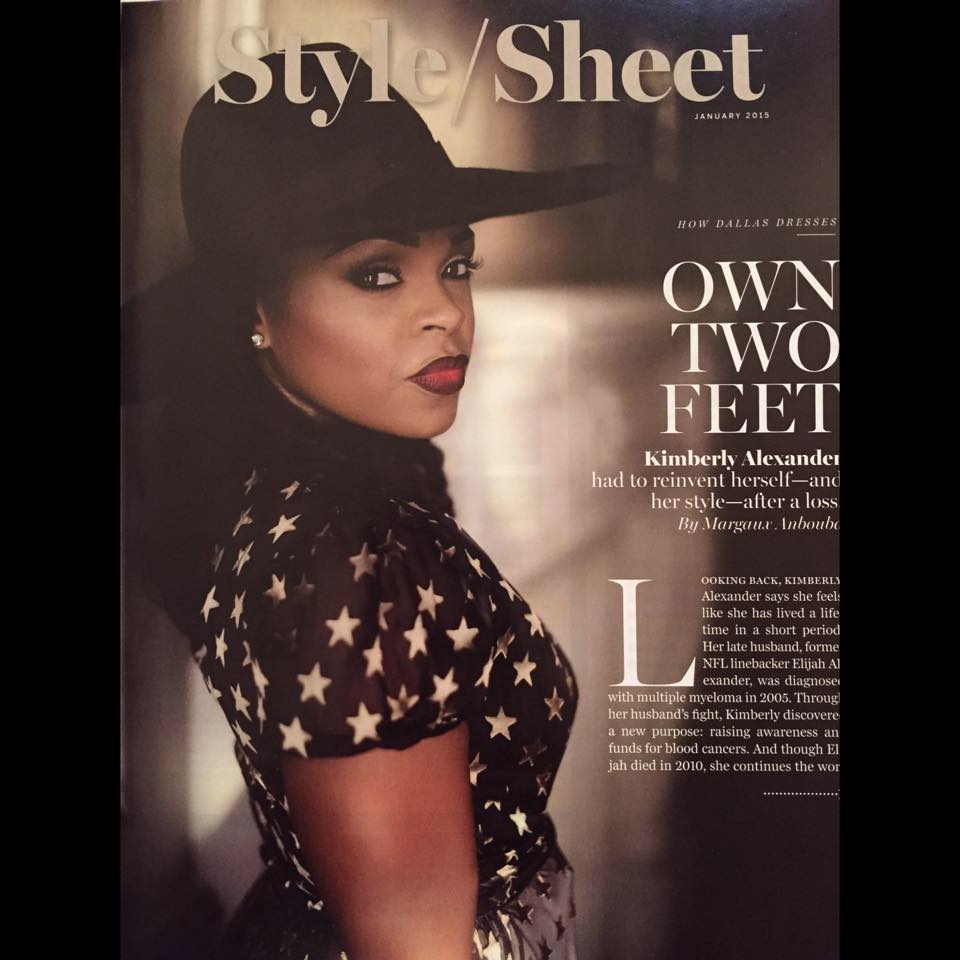 February - Having an opportunity to share my family’s experience with multiple myeloma during the Lone Star Blood Cancer Conference  was an honor.  I’ve said it a thousand times, this had to happen to us for a reason.  If  something I say about what we went through helps one person, it was worth it.  Quite frankly, I would wish what we endured on my worst enemy, but let me tell you, I know what my sons and I are made of and we’re stronger for it. 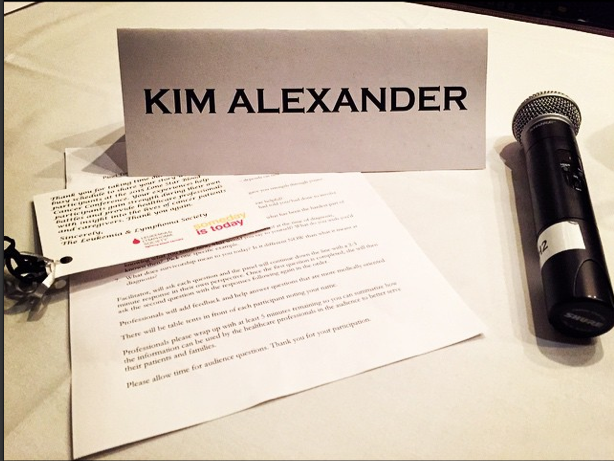 March - This was by far the toughest month for me.  It’s the month that marked the five year anniversary of losing my husband, as well as the month that is nationally recognized as the awareness period for the very disease that caused him to be taken from us.  I felt like I had to walk a fine between over sharing via my social media platforms and feeling like I  wasn’t saying enough.  Even writing about it now puts me in a funky space.  So for now, I’ll just stop. 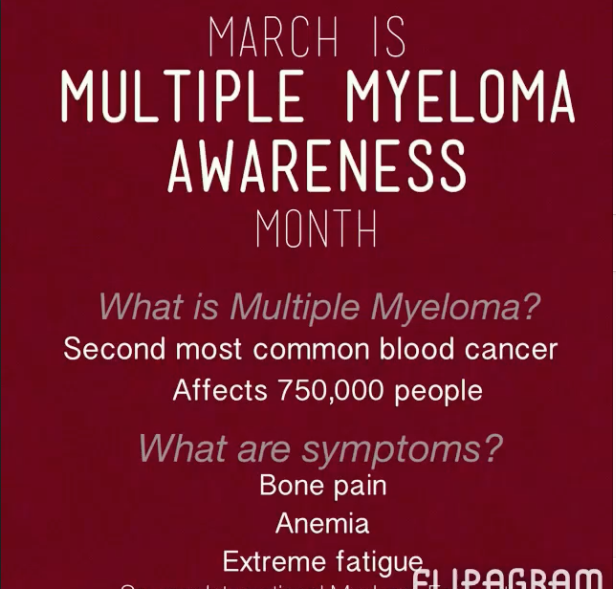 April – We’re  a little over halfway through April.  The month kicked off with me meeting Robin Roberts when she came to Dallas a few days ago.  Most importantly I felt like we “had a moment”.  I’d always admired her from days at ESPN, when I was in high school contemplating a career in journalism.  When she was diagnosed with breast cancer, fought it and won I was elated.  But in 2013, when it was announced she needed a stem cell transplant due to a blood condition called myelodysplastic disorder, my heart broke.  I knew what that meant.  I saw people across social media and television reaching out to her and wishing her well.  I always wondered if they understood the magnitude of the procedure.  My husband had one done in 2006.  It’s quite common for myeloma patients to need bone marrow transplants to help prolong their lives.  The way it was described to me just before Elijah went in for his is that you’re being given a lethal dosage of chemo, basically brought close to death, then brought back to life.  The patients immune system is essentially wiped out and restarted, they’re like newborns.  The recovery is tough, but can literally be the difference between life and death.  I prayed for Robin.  Having the chance to thank her personally for sharing her story and telling her that I appreciated the way she acknowledged her partner who was also her caregiver was simply mind-blowing. 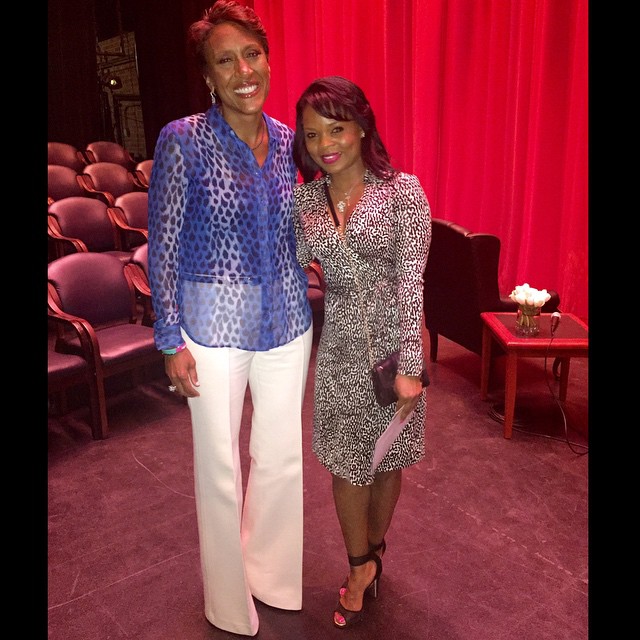 The month isn’t over yet…we’ll see what else in store.  In the meantime I promise it won’t take me so long to update.