By mid-November 2015 I was already ready for 2016.  There were a variety of reasons.  The first (honest moment time), the holidays in my house are not the same anymore.  There will always be a void without my husband.  All of that “new normal”, start new traditions stuff is great, it sounds good, it helps, but sometimes you just want what you had because it’s what you loved.  Now that my sons are older and the magic Christmas once held has given way to, “I don’t really want anything mom.  Money is good…”, it’s just- different.

So I set my sights on all the great things I’d rather focus on this year.  My sons are permanently affixed in the top spot, but just behind my role of mother is a new role I’m super excited about.  Chairwoman of the North Texas chapter of the Leukemia and Lymphoma Society’s 2016 Man/Woman of the Year campaign.  It doesn’t officially kick off until April, but behind the scenes I’ve been plugging away with LLS staff and planning committee.  Last year’s campaign was a huge success with over $600,000 raised in 10 weeks between the amazing candidates.  I was so excited about that accomplishment and then it hit me that I don’t want that number to drop this year on my watch.  So stay tuned!  I’ll be posting about ways to get involved and talking about this cause that’s near and dear to my heart a lot over the next few weeks! 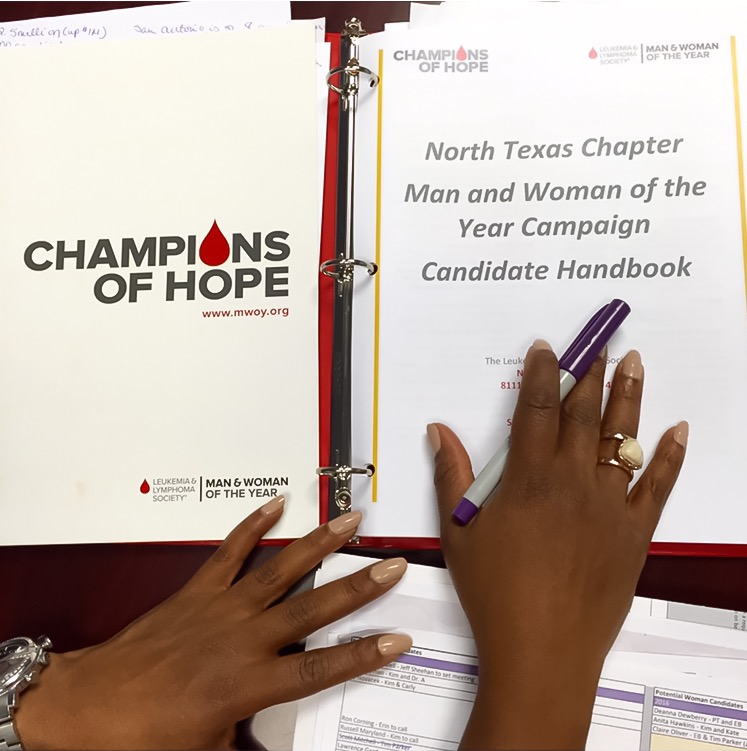