Man & Woman of the Year – The Midpoint is Here! 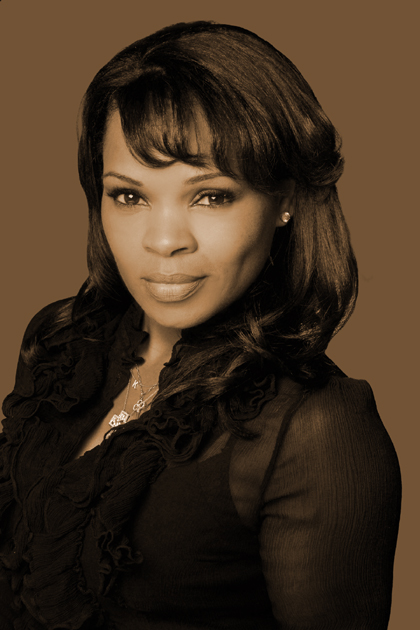 2016 North Texas Man & Woman of the Year (MWOY) Chair Kimberly Alexander has been a driving force in the recruitment of the 2016 MWOY candidates and the success of this campaign.  Today marks the midpoint of the campaign and Kimberly stopped to reflect on what brought her to this event and what she expects to see in the final five weeks.

Tell us your connection to the North Texas Chapter of The Leukemia & Lymphoma Society (LLS).
I lost my husband Elijah to multiple myeloma in 2010.  I began to attend and support local LLS events a few years later and then was asked to join the North Texas Board of Trustees.  It was a natural progression and made sense because I was committed to remaining active in the cancer community through various activities in memory of him.

Why did you decide to chair the North Texas Man & Woman of the Year campaign this year?
I’d always said I wanted a more involved role in at least one LLS fundraising event, but I wanted it to be the right event.  When it was announced that the North Texas Chapter was adding the MWOY campaign, the significance of it meant a lot to me.  With it being the LLS’s highest honor (being named the National Man or Woman of the Year), I wanted to be a part of making it successful and seeing it grow.  I enjoyed being on the host committee for the inaugural event last year and I’m excited to be chairing this year.

Tell us about your personal connection to one of the candidates this year.
I have personal connections to several of the candidates, but the one closest to me is my brother-in-law, Shannon Ridley.  He’s my late husband’s younger brother and I’ve known him since he was 16 years old.  Elijah loved him so much and I’m so excited that he’s gotten involved with this cause as a way to honor Elijah too.  I have to stay neutral though.  I’m super excited about all of the candidates because every dollar they raise will support blood cancer research and ultimately I’d love it if it lead to a cure for multiple myeloma.

What impresses you most about the current group of MWOY candidates?
What impresses me the most is the diversity of the group.  I think it says a lot about blood cancer actually, it’s an equal opportunity offender and the candidates reflect people who have touched by it enough to commit to making a difference.

What advice would you give candidates during the final five weeks of this campaign?
Keep spreading the word!  Continue drumming up support because every dollar raised is not only a vote, but an additional dollar towards research, all the way up to the grand finale on June 18th!  While the title is the ultimate goal, their involvement alone is helping cancer patients and families, and that within itself makes them a winner.

The North Texas Man & Woman of the Year campaign wraps up on Saturday, June 18th with a black tie Grand Finale Gala.  Support the local candidates by purchasing a ticket to the upcoming gala here.