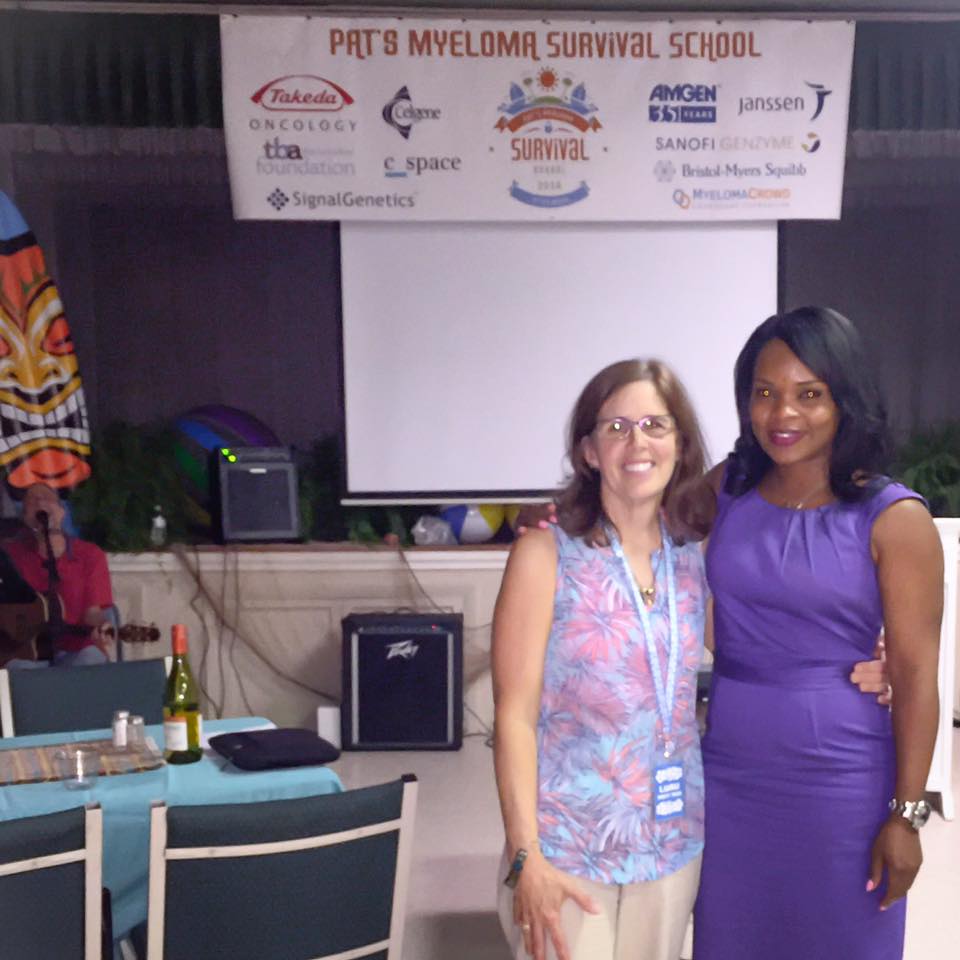 Back in September of 2015 my friend, Pat Killingsworth, contacted me about participating in his annual Myeloma Beach Party in 2016.  It’s an event where myeloma patients and caregivers come together to share experiences, fellowship and learn helpful information about myeloma.  I gladly accepted and we briefly talked about it when I saw him in October and December.

Pat, like my late husband, was a myeloma patient.  He was well known in the cancer community  for being very transparent about his treatment and sharing information about myeloma treatments via his blog.  In January of this year Pat shared that he was having some health issues, but that’s relatively common for myeloma patients.  It’s a roller coaster for those dealing with the disease.  Despite not feeling well he continued to post and keep his friends and family up to date.  However, he took a turn for the worse in February and sadly, he passed away on his 60th birthday.  I was heartbroken because I never saw it coming.  I regretted not spending more time with him when I saw him two months earlier.

To my surprise, just days after his passing, I received an e-mail from Pat’s wife Patti (in photo) asking if I could still be involved in their event. She saw my name in his notes and reached out.  I couldn’t say yes fast enough!  This past weekend she hosted the event, along with several supportive friends and family.  I spoke about my experience of being Elijah’s caregiver and had the opportunity to visit with old friends and make a few new ones.  On the last night a memorial was held in Pat’s honor…it was more like a celebration of life, filled with funny stories and an outpouring of admiration for his contributions to the myeloma community.

I was appreciative of the opportunity to share my story with the audience, I knew they’d understand my perspective.  Realizing after my presentation that Pat and my Elijah both passed from aneurysms really caught me by surprise.  Neither Patti nor I knew in advance that our myeloma experiences had that in common.  It served as reminder the importance of being open, authentic, and transparent because you never know how your truth may help others.