Stepping Out of My Comfort Zone for More Than a Cause 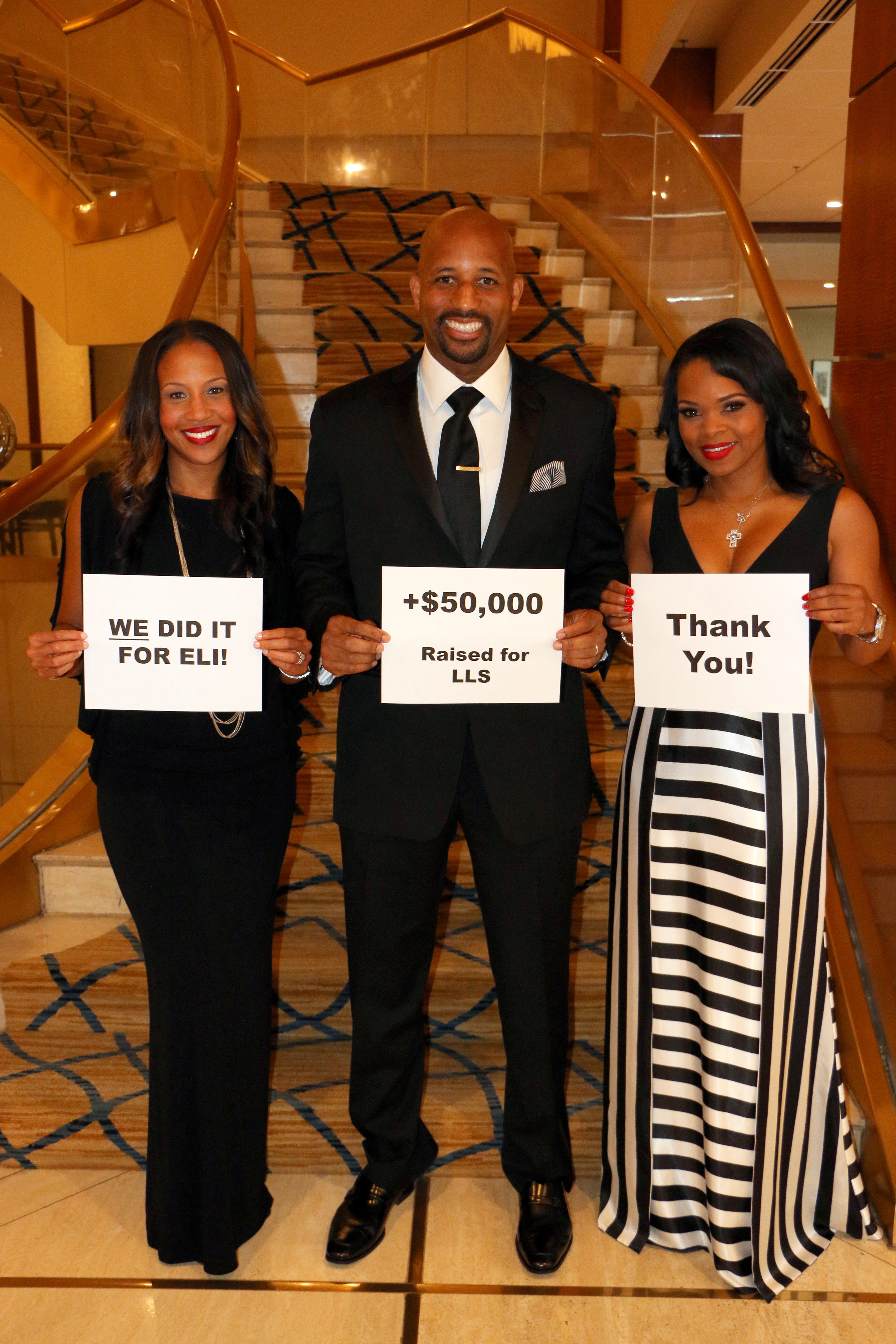 When I lost my husband Elijah to cancer, I vowed I’d always stay connected to the cancer community.  We’d met some remarkable people during his diagnosis and treatment, people that became family.  With there being no cure for his type of cancer, called myeloma, but several treatment options that can leave patients and caregivers confused, anything I could do to help those facing what we’d experienced, I’d do.

So when I was asked to chair the Leukemia and Lymphoma Society – North Texas’ 2016 Man & Woman of the Year campaign, I was honored and excited, but nervous (LLS also serves myeloma patients).  Sure I’ve orchestrated and participated in different fundraising efforts for other organizations over the years, but this was extremely personal.  Two of the candidates were very special to me. They were my husband’s younger brother, Shannon Ridley (pictured above next to me) and his oncologist Dr. Brian Berryman, who lost his mother to myeloma (pictured below).  There were eight candidates in total, all of which were heroes in my eyes for stepping up to the plate to fund raise for blood cancer research.  The myeloma connection between Shannon, Dr. Berryman and myself had me particularly emotional though, all the way up to the night of the Grand Finale. That’s where we learned how much money the candidates raised during the 10-week period.

The nature of the campaign is suspenseful.  The men compete against each other, the women compete against each other, but none of them have an idea of how much the others have raised until the very last moment of the night.  The man and woman who raise the most money walk away with the titles.  One of the incentives candidates were given was that if they raised a minimum of $50,000, they would have a research grant named in honor of someone of their choice.  It could also be earmarked for certain type of cancer if they’d prefer.  So to learn that night that my brother-in-law, through the support of his wife and friends, surpassed his goal of $50,000 and that Dr. Berryman did as well and ultimately walked away with the Man of Year title, made me especially proud.  Helping those affected by cancer is important to me, but having the opportunity to impact the myeloma community is a passion.  Watching what the disease did to my husband just a few years after he’d retired from the NFL will always burn in my stomach and serve as a reason to stay involved.

I’m appreciative of the Leukemia & Lymphoma Society – North Texas staff, the Man/Woman of the Year committee and the candidates: Loan Huynh (2016 Woman of the Year), Amanda Whitelaw, Leigh Costa, Jeanne Buck, George Meza and Michael Douglas.  With this event in the books I’m already looking forward to the next time I can do something special for my cancer family.